The story below was recalled by Somali brothers Ibrahim* and Hassan.* The details described are accurate to the best of their recollection.

This is the story of two Somali brothers who were separated by conflict in 2008, only to be reconnected again in 2015 through www.refunite.org. 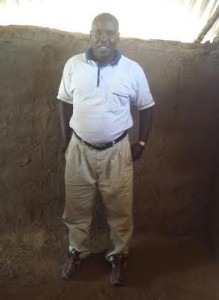 It was supposed to be a normal day in Mogadishu. While internal conflicts between the the Government, Islamists, and warlords were casting a shadow over everyday life, there were tasks that had to be completed, and a job to get done. Ibrahim, a 36 year old Somali man from Mogadishu was heading back from his job as a cabin crew member when he noticed that something was off.

Upon entering his home, he noticed that his family was missing. At the time, he was living with 36 of his family members, including uncles, aunts, his mother, his stepfather, as well as his brothers and sisters. They were nowhere to be found.

Amidst chaos, Ibrahim took to the streets to look for his family. Still, no luck. While searching for his family in Mogadishu, militiamen connected to the city’s warlords kidnapped Ibrahim. They demanded $1000 from him, which he did not have. Ibrahim recalls being tortured by the militiamen. He was eventually saved by one of the kidnappers who happened to recognize him and decided to let him go.

Ibrahim fled to the Kenya-Somali border on a truck carrying goods. He first lived in Dadaab Refugee Camp in the North Eastern Province in Kenya and then relocated to Kakuma Refugee Camp due to safety. The militiamen from Somalia were looking for Somalis who had fled to Dadaab. They managed to kidnap Ibrahim’s neighbor, which made Ibrahim realize that his life was at risk in Dadaab.

Now living as a refugee in Kakuma Refugee Camp, home to an estimated 180,000 refugees (UNHCR), Ibrahim felt discouraged when thinking about his family and whether they would ever be reconnected. He was actively searching for 15 family members. One of his fondest memories from his time back in Somalia, was working with his brother. Ibrahim worked as a cabin crew member on domestic flights in Somalia, while his brother hassan was working as a pilot. He remembers how excited Hassan used to get when flying.

One day, while drinking coffee with a friend in Kakuma, someone asked Ibrahim’s group if they had heard about REFUNITE. A man started telling Ibrahim and his friend the story of a Somali lady who had been reconnected with her daughter through the REFUNITE platform. Ibrahim decided to give the mobile platform a chance in hopes of finding his missing family.

Ibrahim would later discover that, on that tragic day in 2008 when the family was separated, his brother Hassan had fled to Bossasso, in the Bari province in Northeastern Somalia, followed by Galkayo in Somalia and Saudi Arabia. While in Saudi Arabia, Hassan learned how to access the Internet and enrolled in a computer programme. After being deported back to Mogadishu in Somalia, Hassan took to social media in the hopes of finding his lost relatives. He stumbled upon an online ad for REFUNITE while visiting an Internet café. He clicked on the link, signed up and started searching for his brother by entering details, such as Ibrahim’s name, nickname and age.

This was four months after Ibrahim had registered on the platform in Kakuma. While the search results featured several people with the name “Ibrahim”, Hassan decided to send a message to one of the profiles, which shared Hassan’s characteristics.

Ibrahim received his first message from Hassan. One of REFUNITE’s Outreach Volunteers helped Ibrahim reply to the message and Hassan sent Ibrahim his phone number.

According to Ibrahim, they both cried tears of joy when talking on the phone for the first time in seven years. Up until that moment, Ibrahim thought that his family had drowned in the Indian Ocean, leaving him with little hope that he would ever be reconnected with his family. Reconnecting with Hassan made Ibrahim realize that the rest of his family could still be alive. He remains hopeful that the family will reconnect one day in the near future.

The brothers have yet to be reconnected in person, but they connect regularly via Imo, Viber and Whatsapp. Ibrahim and Hassan continue to use the REFUNITE platform to search for their younger brother and sister-in-law. They both went missing in 2008.

*For security reasons, all names have been changed to protect the interviewees.

The above interview with Ibrahim* was conducted in Somali by one of REFUNITE’s Outreach Volunteers, Abdinasir Barre with translation support from Abdinasir Barre. Hassan* was interviewed via phone by REFUNITE’s East Africa Project Manager,  Alexandra Aparicio, in Nairobi. Hassan is currently based in Mogadishu, Somalia.