Photo: Ali Abdi Hassan (left), the Outreach Volunteer who helped Fatuma Abdi (right) reconnect with her sister who lives in the US.

After 9 years of separation, Fatuma Abdi, a 19-year-old woman living in a Dadaab refugee camp can finally put a smile on her face after a successful reconnection with her older sister in America through REFUNITE’s family reconnection platform.

The temperature outside is 36°C. March is the hottest month of the year in Dadaab, North Eastern Kenya. Fatuma Abdi arrives at UNHCR’s field office just around 10 a.m. for an interview, in which she recounts what it was like to be reconnected with her half sister Hyboh after 9 years of separation. She is accompanied by Ali Abdi Hassan, REFUNITE’s Outreach Volunteer in Dadaab. Ali was the one who introduced Fatuma to REFUNITE’s family reconnection platform and empowered her to start the search for her missing sister.

Dadaab has 5 refugee camps that were constructed in the early 1990’s in response to the large numbers of Somalis fleeing the civil war in Somalia. They include Hagadera, Dagahale, Ifo 1, Ifo 2 and Kambioos located approximately 90 km from the Somalia border. The 2011 famine in Somalia and renewed conflict in South Sudan in 2013 resulted in numerous new arrivals of refugees to Dadaab. It is currently home to more than 335,000 refugees fleeing violence and food security in the surrounding regions.

Before Fatuma was born, her mother Khatra* was married to a man with whom she conceived a daughter named Hyboh* in 1990. Soon after — in January 1991 — the Somali civil war broke out and the marriage dissolved shortly thereafter. The civil war took its toll on the family, and in early 1996 Hyboh’s father fled with his 6-year-old daughter. It is not known when Hyboh and her father resettled in America.

Khatra remarried and conceived 6 other children (including Fatuma in 2006) before her death in 2008 in Somalia. While on her deathbed, Khatra informed her children of their older half sister Hyboh, in case they ever had a chance to trace her whereabouts.

In 2011, Fatuma fled the Somali port city of Kismayo to Dadaab refugee camp with her father and five siblings following the famine and renewed conflict in Somalia.

Fatuma and her family arrived in Dadaab in 2011. In November 2014, she learned about REFUNITE family tracing services through Ali Abdi Hassan, an Outreach Volunteer. Ali inquired whether Fatuma had missing relatives that she would like to search for. Fatuma confirmed that she had a missing half sister and Ali assisted her with the registration for a missing person. 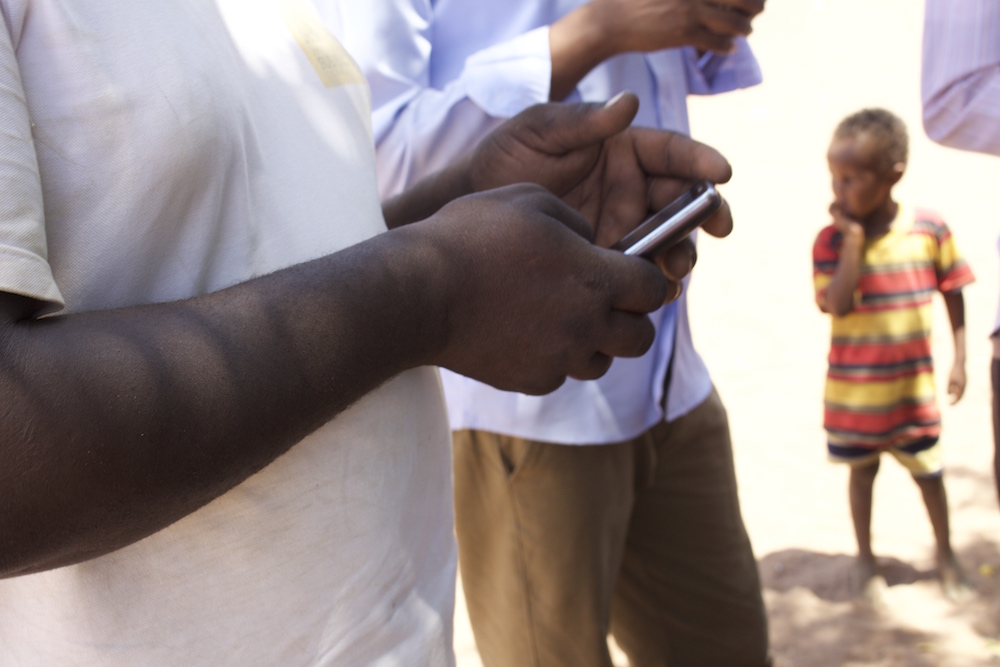 Together they compiled the details required for a missing person’s profile (e.g. name, age, gender, tribe, clan etc.) and within 4 months and a few messages back and forth, Fatuma was able to confirm a successful match with her missing sister Hyboh who was living with her father in the US.

Despite all odd, the sisters had finally found each other. Fatuma was beaming with joy as she recounted her reconnection story. She gave a detailed account of her experience with REFUNITE’s tracing system using her mobile phone.

She admits that she was initially sceptical about finding her sister and expected a long and complicated process. She says that she was astonished by the fast pace and progress, which finally lead her to reconnect with her sister.

When asked what motivated her to search for her missing sister even though she hardly knew her, she replied with a shy demeanour, “she is my sister and I wanted to know her.”

Fatuma doesn’t have any other missing persons and thanks REFUNITE for helping her find her sister. She says she is happy as they now speak often. Although they haven’t physically reconnected, Fatuma takes solace in knowing that her sister is alive and well.

Fatuma’s half sister now supports the family with remittances from the US.

*For security reasons, all names have been changed to protect the interviewees.

The above interview was initiated by Kalson Abdi of REFUNITE and took place on March 4, 2015 in Dadaab Refugee Camp, Kenya. It was conducted in Somali with translation support from Ali Abdi Hassan, a REFUNITE Outreach Volunteer.